Transmitting the history and memory of those who lived in the Rivesaltes camp, by addressing everyone, is one of the Memorial's priority missions. This is why the Memorial du Camp de Rivesaltes offers works that it co-publishes with various publishing houses. 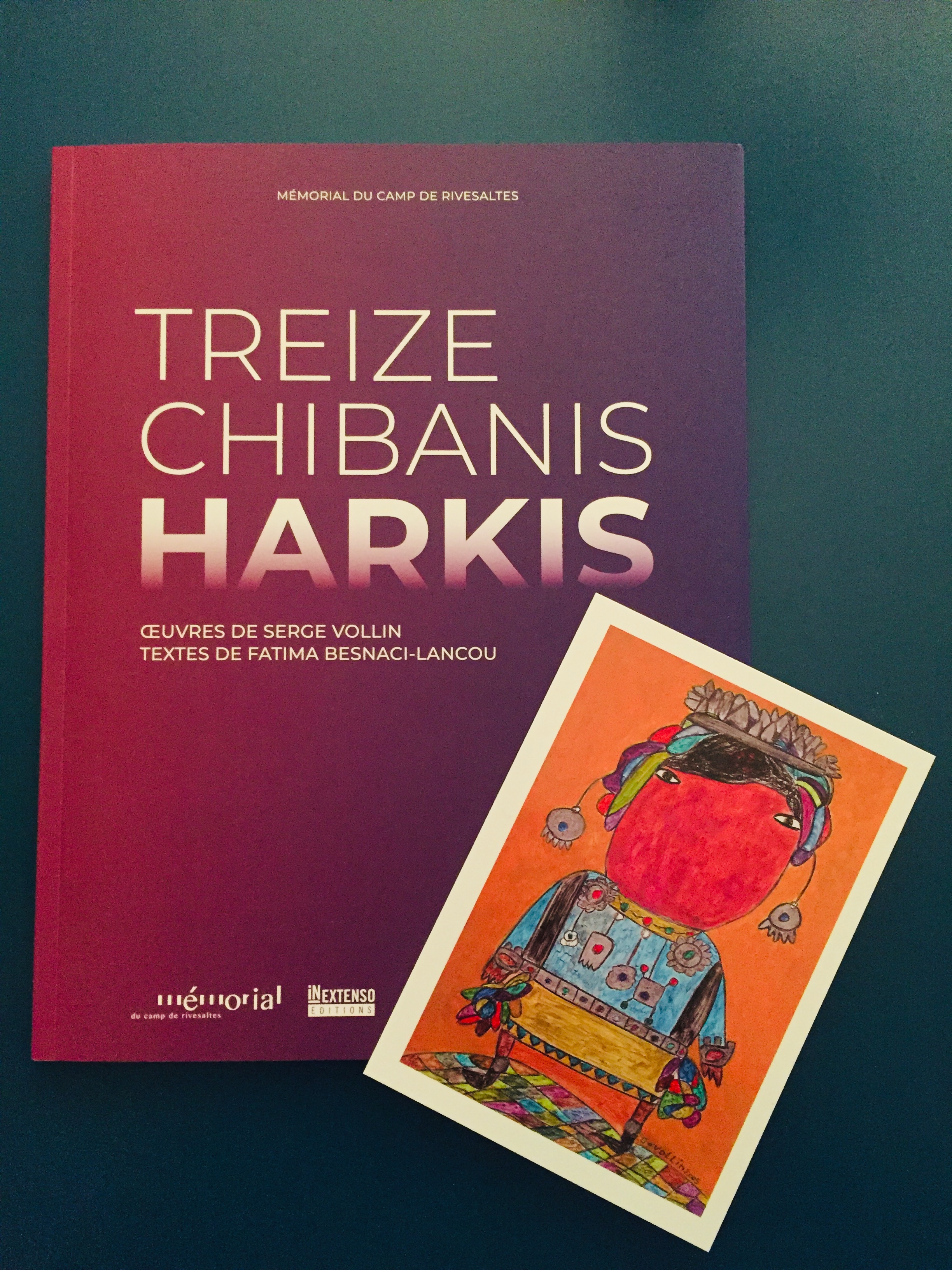 The Treize chibanis harkis exhibition is the fruit of a collaboration between historian Fatima Besnaci-Lancou and artist Serge Vollin. The thirteen series of paintings were inspired by the accounts given by thirteen Chibanis Harkis about their experiences during the war, in exile and of life in the camps. 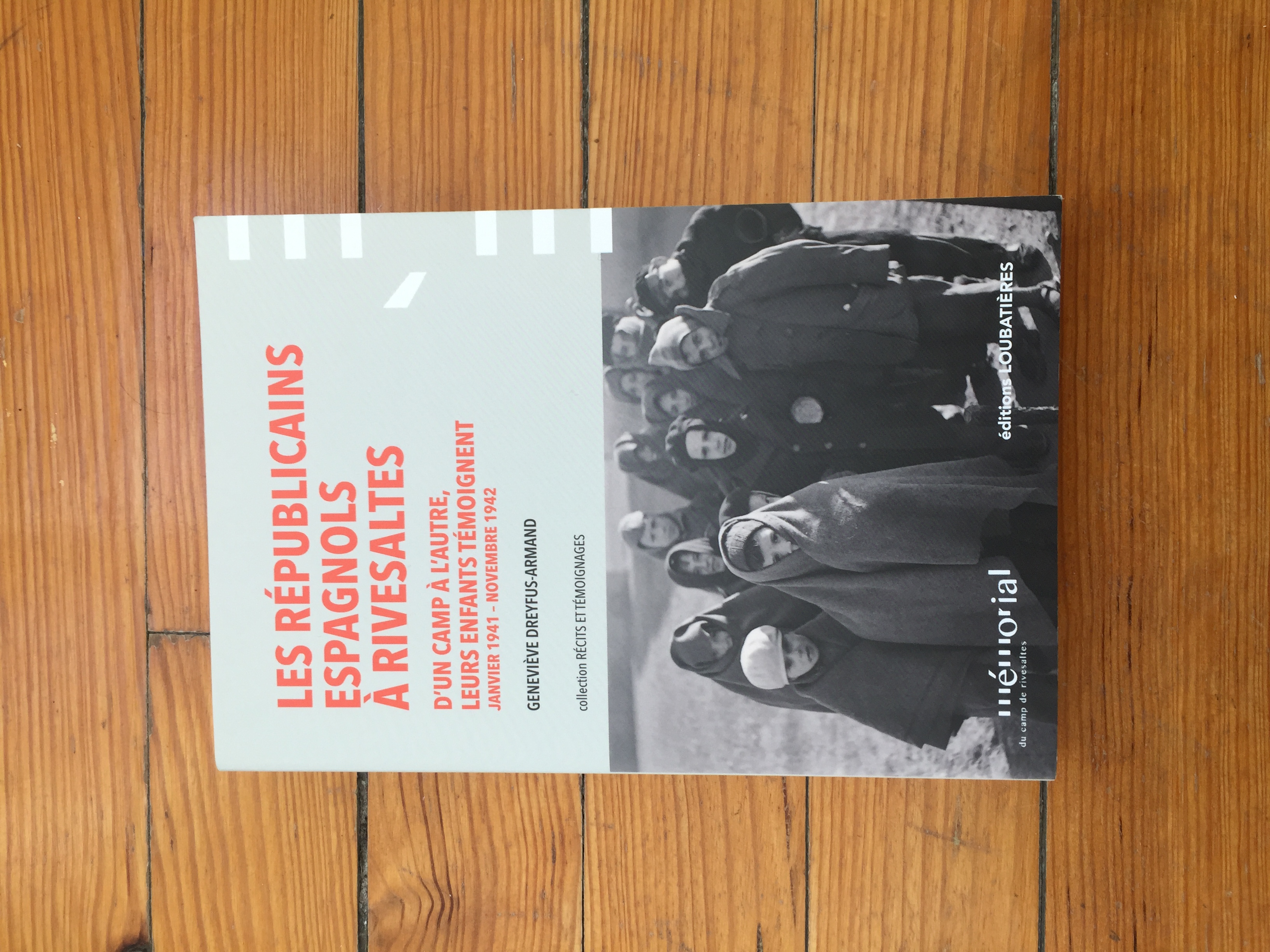 In January 1941, Spanish Republican families began arriving at the Rivesaltes Camp. Some of them had already endlessly passed from one camp to another between 1939 and 1944. The internment of entire families, previously silenced, re-emerges here in memories and in history. While the men were forced to join groups of foreign workers established by the Vichy regime, the women and children were kept confined in this unhospitable place— freezing cold in winter and unbearably hot in summer—where overcrowding, squalor and hunger reigned; where death was always on the prowl, especially for children, despite help from humanitarian organisations, which were overwhelmed by the magnitude of the task.
Twelve accounts from five women and seven men, born between 1924 and 1939, bring to life this universe of internment and arbitrariness. The accounts are presented, contextualised and put in perspective by Geneviève Dreyfus-Armand, an expert historian on these exiles. 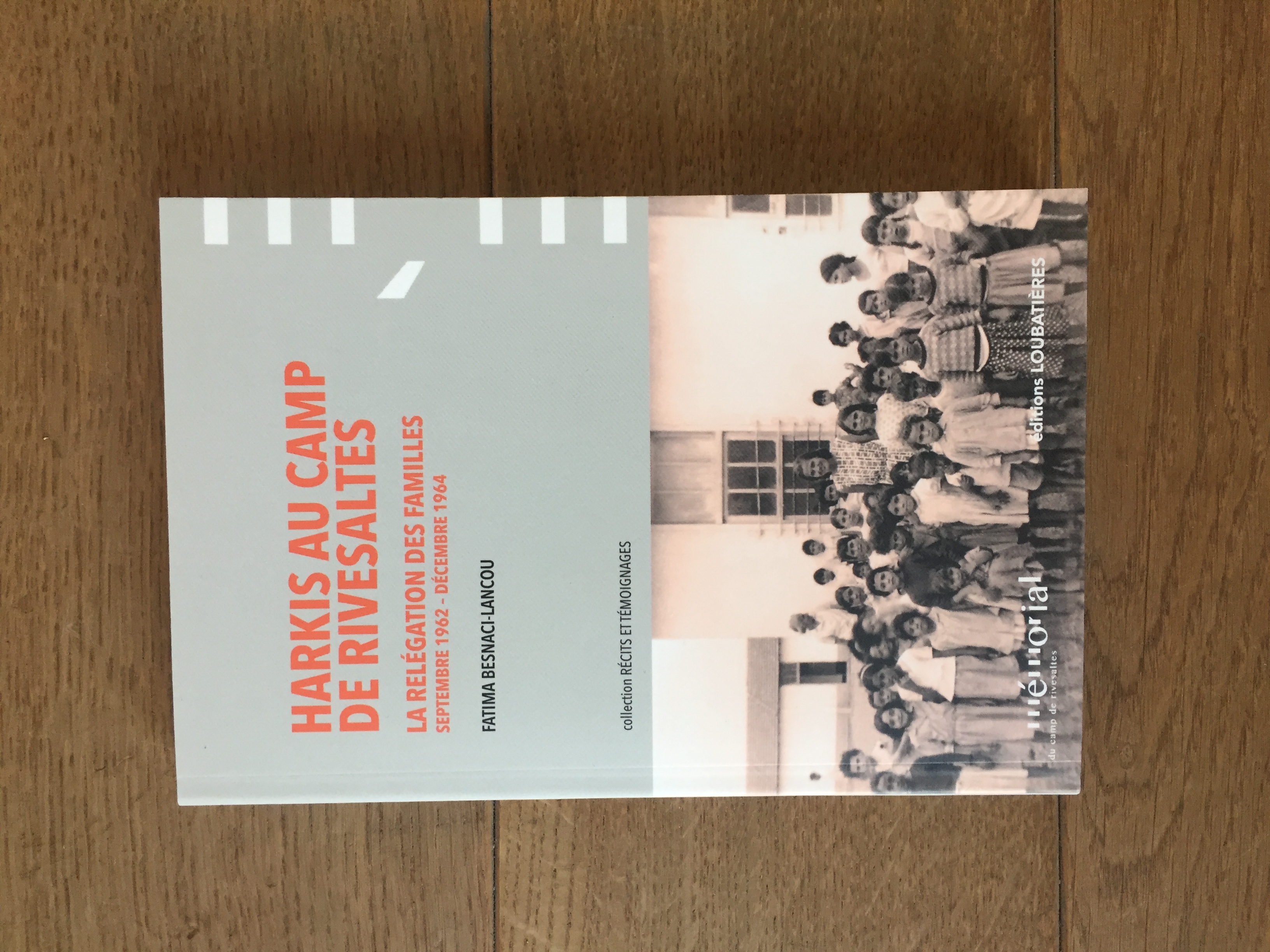 The day after the Evian Accords were signed, on 18 March 1962, Harkis and their families were violently attacked by the National Liberation Front (FLN). After Algeria’s independence on 3 July 1962, the situation became worse. Tens of thousands of Harkis were killed, thousands were imprisoned, while those that remained were shunned by society. The men were criticised for their commitment to the French flag. They were stripped of their French nationality by a decree enacted on 21 July 1962.

Between June 1962 and late 1963, despite the French authorities’ efforts to keep them in independent Algeria, around 90,000 men, women and children crossed the Mediterranean to seek refuge in France. Overseen by the French military, nearly 43,000 passed through camps in Algeria before being settled in French camps. These families were treated like “refugees”—people to be monitored—rather than “returnees”, in stark contrast to the Europeans who also had to leave Algeria. Around 22,000 people—more or less half the number who arrived— were interned at the Rivesaltes Camp. This figure makes Rivesaltes the most important site in the history of the exile of the Harkis.

Seventeen personal accounts are gathered here that illustrate the tragedy of Harki families at the end of the Algerian war. Eleven women and six men shared a life of suffering at this camp, where they were interned for periods ranging from a few months to up to two years. 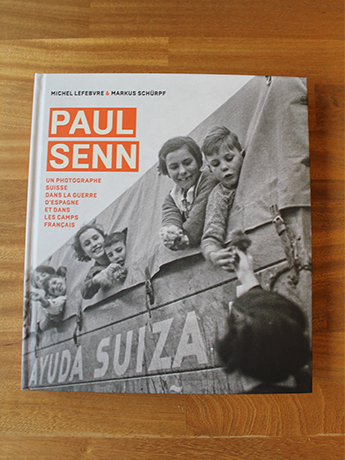 Paul Senn’s shadow lingers at the Rivesaltes camp. In February 1942, this Swiss photographer documented in great detail the living conditions in the French internment camp. His is an exceptional account, since few photographers had access to the camps where Spaniards, Jews, gypsies and undesirable foreigners were interned under France’s Vichy regime, many of whom were sent to death camps.

A committed photographer, Paul Senn used his work to advocate against war and its civilian victims, especially children. In 1939, he covered the Spanish Civil War, the retreat of the International Brigades and, in early 1939, the exodus of the Spanish into France. He always got as close as possible to his subjects, taking striking photos. 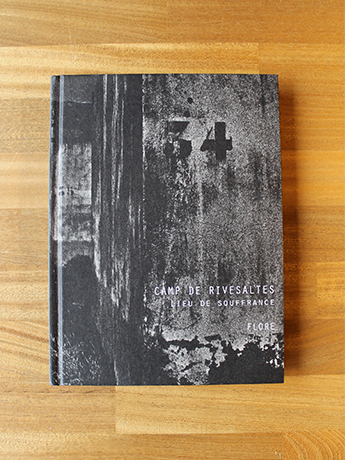 Temporary exhibition from 7 September to 5 October 2018

This book presents two series of photographs taken by the artist FLORE of the Rivesaltes Camp. Rather than a photo essay, this work aims to leave a visible trace of the past of this camp, often forgotten in history. FLORE uses art as an instrument for memory, which is his way of facing “the beam of darkness that comes from his own time”, as Giorgio Agamben said.

“I embraced all the pain and suffering felt in the camp and in other camps where there are almost no traces left, except those that remain in the memory, and I have gathered them in my heart. Without distinction of race, political or religious views. Like one big wail. These photos are a reminder of the unique and unbearable suffering that overcomes me each time I go to the Rivesaltes Camp.” 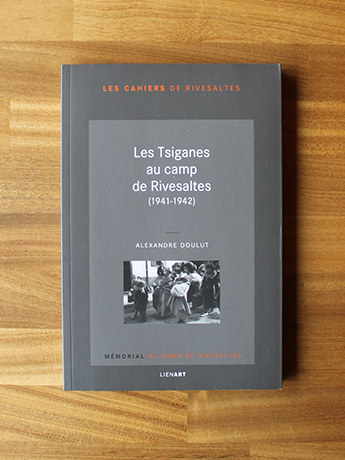 Although they were fewer in number than the Jewish and Spanish internees at the Rivesaltes Camp, almost 1,500 gypsies “passed through” the camp. This figure makes Rivesaltes the most important camp in the history of the persecution of gypsies in Southern France. This is the main new discovery of this study, essentially based on the camp records of the Languedoc region (Agde, Argelès, le Barcarès and Rivesaltes), and on the files of various local administrative bodies, witness accounts being extremely rare.
We also learn in this book that most of the gypsies were nomads from the Alsace-Moselle region who were expelled to the southwest in 1939, and who then went south during the exodus of May 1940. Some were even deported by the Germans to the free zone in the second quarter of 1940. At first, they were interned as refugees. Later, in 1941-1942, when gypsies from several regions arrived, a policy of physical exclusion from society was properly enacted.
The author wonders why certain prefects failed to send “nomads” from their regions to be placed behind the barbed wire, while others organised hundreds of convoys of men, women and children to Rivesaltes. He also examines the administrative mechanisms that permitted the internment of hundreds of French nationals in a camp designed to house undesirable foreigners. Richly illustrated, this book shows that the police surveillance to which gypsies were subjected was far greater than that devoted to any other group of deportees during the Second World War. 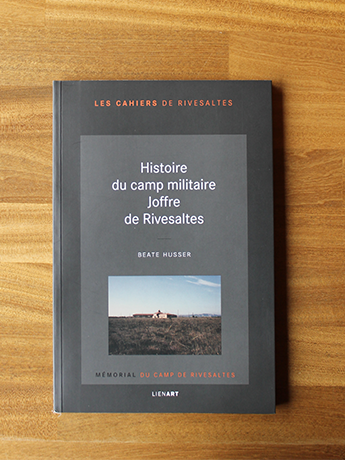 Known for its function as an internment camp and nicknamed “the Drancy of the South”, the Joffre de Rivesaltes Camp was, above all else, a major military base for stationing and training troops. The evolution and uses of the Joffre Camp are engraved in the history of France. The main purposes of the camp have always gone hand in hand with the events and context of its time; the camp was shaped, filled and emptied by the historical upheavals that began in 1939 and have continued up to the present day.
This study sheds light on this past, especially on the origins and construction of the camp. More specifically, it offers a timeline of the military use of Camp Joffre, even though knowledge on some periods remains sketchy. It reconstructs the turbulent the great military complex that Camp Joffre once was. 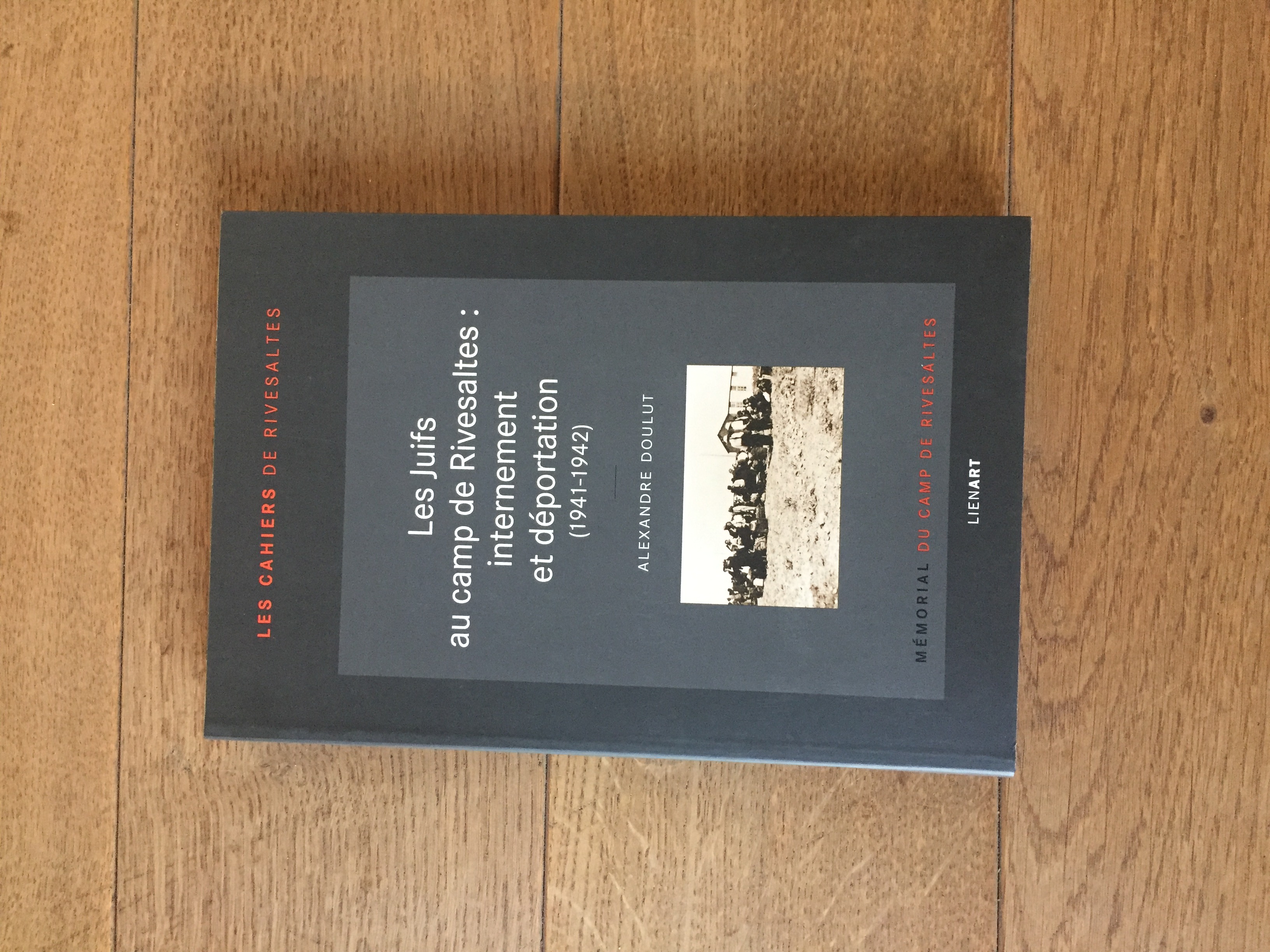 Before it became a concentration camp for Jews from the free zone between September and November 1942, Rivesaltes housed foreign nationals and gypsies. From the opening of the camp in January 1941, there was always a significant presence of Jews. In less than two years, some 7,000 Jews passed through the camp.

This figure was not known until recently and is the result of years of research into archives, with the aim of drawing up a complete list of the names of the Jews who were interned there.

The study also sheds light on several other question, such as where the interned foreigners— often entire families—came from; why they were really “concentrated” in this camp in the Pyrénées-Orientales region; how some interns were able to leave the camp; how 2,289 individuals were transferred to Drancy and then deported to Auschwitz; and how many returned from Auschwitz in 1945.

This historical study is a Memorial in itself: it ends with an exhaustive list of the Jews who were deported from the camp and another list of the Jewish internees who died at the camp.

Récits et témoignages is a book collection commissioned by the Memorial to a group of historians in order for them to “explain history differently” by gathering together the accounts of those who actually lived in the camp at different periods.

These publications present the temporary exhibitions organised by the Memorial.

The Cahiers de Rivesaltes collection aims to give an account of the scientific research into the camp’s history.