The permanent collection aims to transmit the history of the Rivesaltes Camp, a site that bore witness to the upheavals of the 20th century. It also reflects on the topics that make up the history of this camp in Southern France, such as the forced displacement of population groups—which still occur today—, racism, antisemitism and xenophobia.

There is not just one Rivesaltes Camp but several: the Spanish Civil War refugee camp, the camp for undesirable foreigners set up by the Vichy regime during the Second World War, the concentration camp of deported Jews during the genocide, a transit camp for Harkis following the Algerian War... The camp’s history is that of the two major upheavals of the second half of the 20th century in France.
In order to understand how the destinies of these men, women and children—forcibly displaced, arbitrarily interned or forced into exile—converged at the same place, the long central table of the exhibition hall recounts the successive functions of the camp and the living conditions of these endless blocks. To the sides, six large display panels reconstruct their histories, placing them in the context of the events of the 20th century, a context of wars and violence against civilians. Four films are permanently projected onto the walls, showing images of these men, women and children, whose accounts can be heard through digital tablets mounted on metal stands. 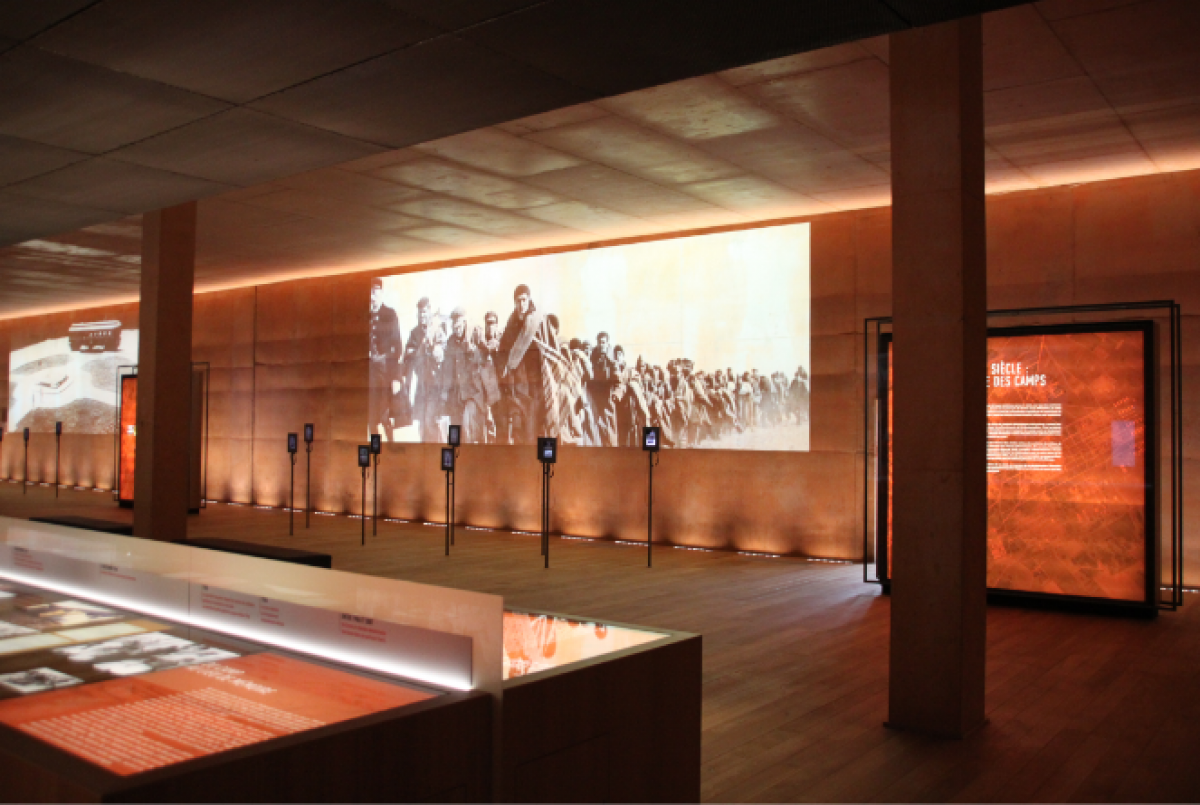 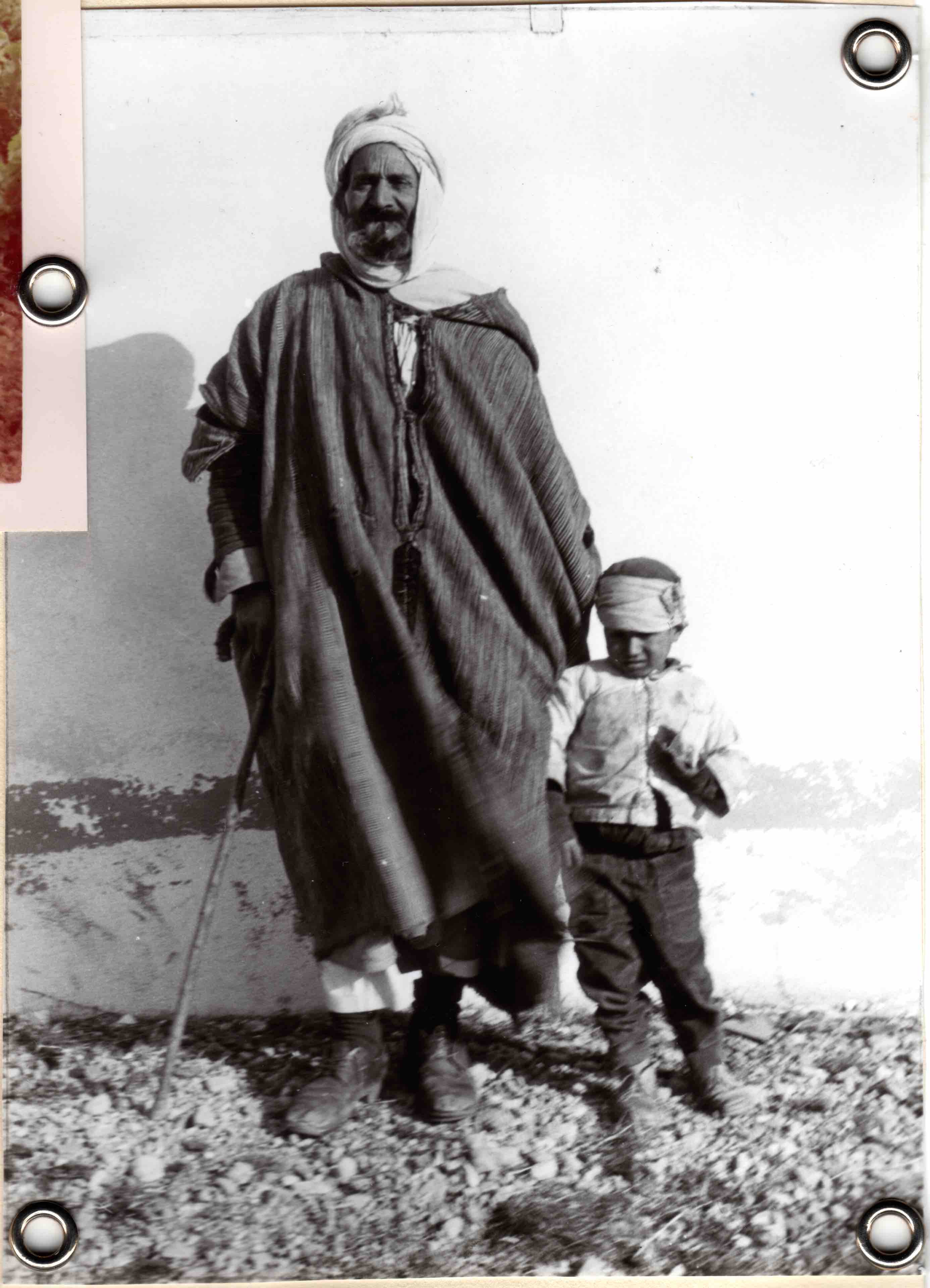 To make the collection as accessible and attractive as possible, we have prioritised the exhibition of objects and documents.” - Thomas Fontaine, historian and co-curator of the permanent collection.

An almost 40-metre-long table stands in the central section of the exhibition hall, devoted to the history of the Rivesaltes Camp. A set of ten display cases with photographs, administrative documents and utensils show what daily life was like at the camp. These objects have been donated by families of the witnesses or were found on the site by the Memorial team. 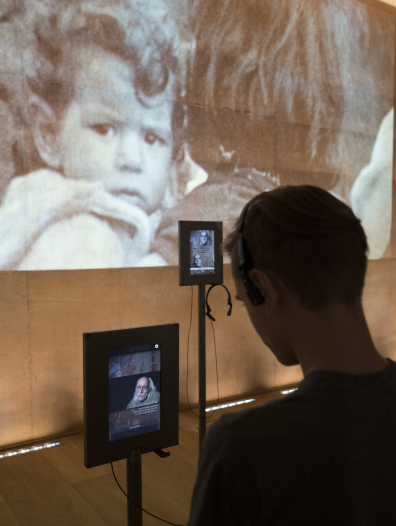 Facing each of the four films projected onto the walls, a set of nine tablets—36 in total—gives visitors the chance to hear the voices of those who stayed at the Rivesaltes Camp. These witness extracts have been collected especially for the permanent collection of the Memorial.

“When it came to handing out the bread, it was terrible! Even for two or three bread crumbs, there would be dreadful fights because the people were starving.” Pepita de Bedoya, daughter of Spanish Republicans, who passed through the Rivesaltes camp. 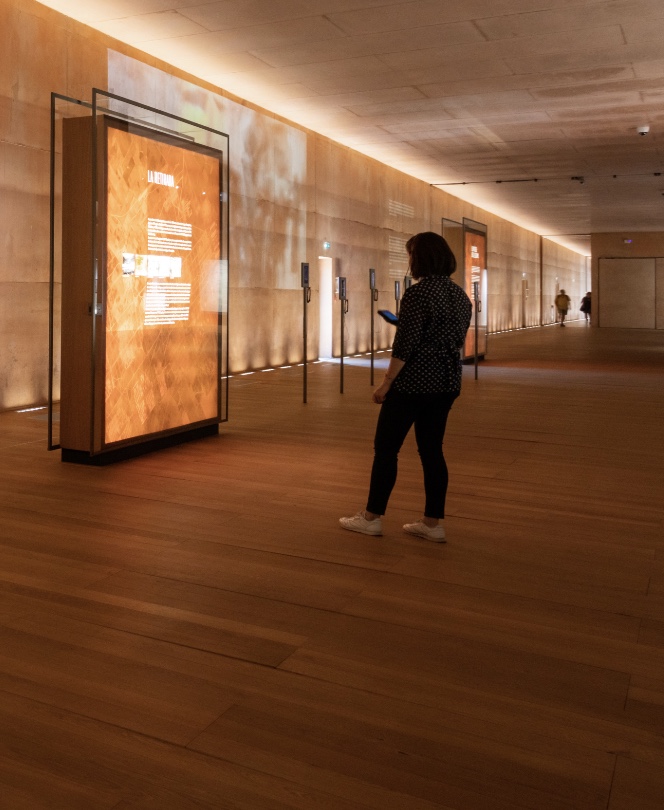 Against the walls, six lit display panels place the camp in the context of international history. Behind them, visitors can see a short film on a selected theme.
The last panel is devoted to the forced displacement of population groups today, reminding us that camps remain an issue in the 21st century. The history of the Rivesaltes Camp is key to understanding a stubborn reality.

Conservation and restoration of artworks